ThinkGeoEnergy recently had the opportunity to participate in a field trip organised by Ormat Technologies to visit the Steamboat geothermal power plant complex near Reno, Nevada and has now published the pictures from the trip.

In conjunction with the 2018 GRC Annual Meeting in October 2018 in Reno, Nevada, Ormat Technologies organised several field trips to its Steamboat Geothermal Power Plant Complex near Reno. One of them organised for the International Geothermal Association, ThinkGeoEnergy had the opportunity to attend.

I would like to thank Matthew J. Sophy of Ormat for the tour and John Akerly and Mario Martinez for the great information document they shared with us and which I am referring here below.

The Steamboat Geothermal Power Plant Complex, just outside of Reno in the State of Nevada, consists of 6 plants, Steamboat 2 & 3, Burdette (Galena 1), Steamboat Hills, Galena 2, and Galena 3. The combined power generation capacity of 70 MW.

All of the plants utilize a binary system, apart from Steamboat Hills, which utilizes a single flash system. Customers for the power produced are NV Energy and Southern California Public Power Authority.

The plants are working on 25 production wells and 12 injection wells with a resource temperature of 270 to 325 Fahrenheit (around 132 to 163 centigrades).

Early work on the resource, as described in the paper, started in the 1950-1960’s with the USGS. Initially development of the geothermal resource was split into two areas. “Caithness operated the flash plant at Steamboat Hills, while SB Geo operated a binary power plant at Lower Steamboat”. While they have two different resource characteristics, it was determined that they are actually one large and connected reservoir.

Pictures from the field trip can be found on the Flickr-page of ThinkGeoEnergy here. 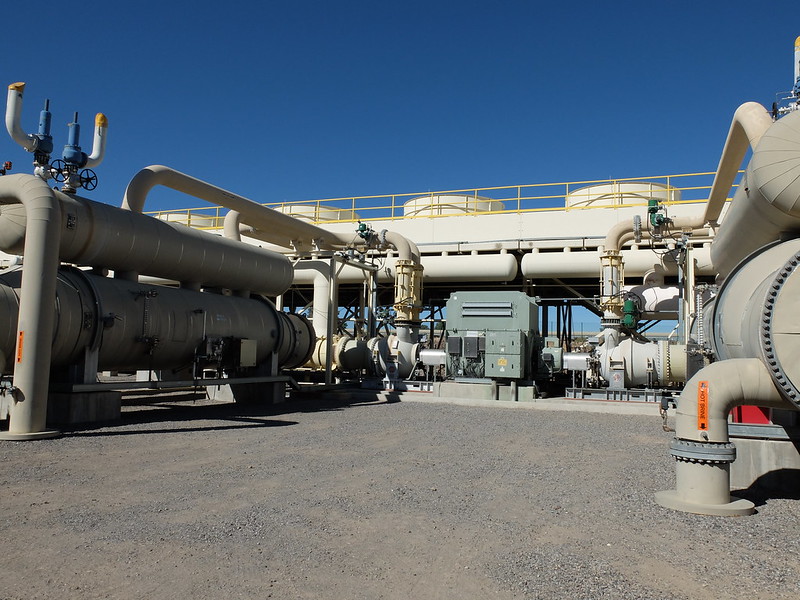