Pictures from the Los Azufres III, Phase 1 plant in Mexico Following a visit to the 53.4 MW Los Azufres III, Phase 1 geothermal power plant near Morelia, Mexico, I posted a series of pictures on Flickr.

Having had the great privilege to attend an international seminar on geothermal energy in Mexico and the World, and then the IGA Board Meetings in Morelia, Mexico, we visited today the Los Azufres geothermal field.

The trip was kindly hosted by CFE and the Mexican Geothermal Association. Thank you to Luis C.A. Gutiérrez Negrín.

As part of the trip we visited the brand new Los Azufres III Phase 1 plant, a 53.4 MW geothermal plant that started operation in February this year, but was inaugurated by the President of Mexico about 3-4 weeks ago. We reported on this and also published a video.

You can access the full album on our Flickr website. All pictures are provided under a creative commons license and are free to use. But please attribute the pictures to ThinkGeoEnergy if you use them. 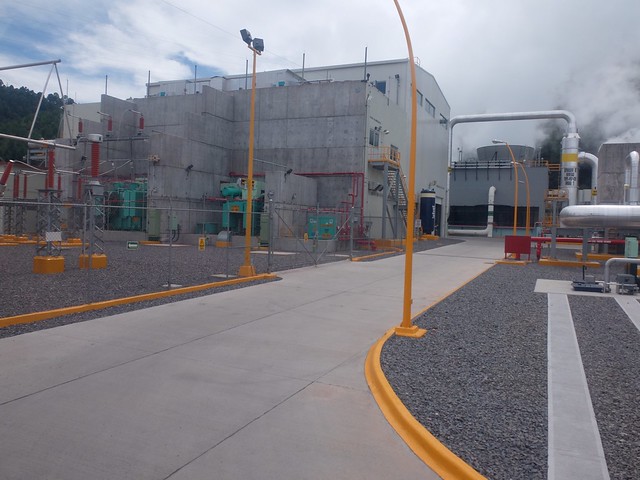